by Annette Lyon
I was thrilled to snag an interview with Chuck Sambuchino, part of the Writer's Digest family (a magazine I've been reading for over sixteen years). 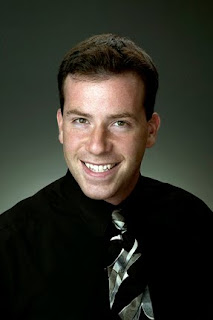 Chuck is behind the Guide to Literary Agents blog and the editor of WD's annual directory of the same name. 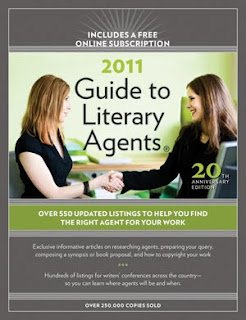 He's also now the author of something new. In September, his new book hit shelves: How to Survive a Garden Gnome Attack: Defend Yourself When the Lawn Warriors Attack (And They Will).

As someone with an insider's view to the agent world and as an author himself, Chuck is in an unusual position, and today, Writing on the Wall readers are lucky enough today to get a peek into his know-how. Below is our interview.
WOTW: In your experience with Guide to Literary Agents, what have you found to be some of the most common misconceptions about how to get an agent and/or what an agent does?

Chuck: One of the more common misconceptions is that you have to know somebody in the industry to get published. The truth is anyone anywhere can get published. All it takes is hard work, education and patience. As one agent once put it: “I will sign a guy living in a cave in the Ozarks if he can write.”
WOTW: What are some common missteps writers often make that turn off agents or sour a writer/agent relationship?

Chuck: I’m not sure if you’re talking about before they sign with an agent (the submission phase and first contact) or after, when they’re already together. I think you mean the latter. Problems in an agent-author relationship usually have to do with a lack of communication or one side not delivering on what they promised. If a writer agrees to do some major overhauls on the work prior to submission but then reneges, you’ve got a problem. If the agent is overloaded with other projects and has no time to dedicate to submitting your work to editors, there’s another problem. In other words, problems take all shapes and sizes—it’s a tough question.
WOTW: Many people describe the writer/agent relationship as courting and marriage, yet many writers are thrilled to get any agent. Why is the right agent for you more important than having any agent?

Chuck: Because if you have a bad relationship, then nothing gets done and you have to break up. And breaking up with an agent is much like a divorce would be, I imagine—horrible. You have to tell them they’re fired, and that is going to be one heck of an awkward conversation. And then you have to find another agent, who themselves are wondering why you broke up with the first agent. After all, it may be a sign you are a tough writer to work with. Whether that’s true or not, it may cross the second agent’s mind.
WOTW: You often remind readers that new agents are great opportunities. Elaborate on that: What benefits might a new agent have over an established one? What could be the downsides of having a new agent?

Chuck: Good question. New literary agents are usually in the course of actively building their client list. They are eager to sign writers and get submissions out there to editors and get those first sales on Publishers Marketplace. They still want excellent submissions and writers, but they are usually willing to give your work a longer look and consideration. (Keep in mind what I just said is usually true, but not always—once again showing that writing is full of principles, but has no hard-and-fast, 100-percent rules.)

The downside of having a newer agent (again, this is common so but not guaranteed) is that they have less experience and connections than an experienced agent.
WOTW: What lessons from your blog did you use in seeking an agent and going through the publishing process?

Chuck: I got an agent around the same time I started the blog, but I have followed my own advice through the process thereafter. I made writer friends because they are the ones to trumpet your book through social media. I sat down and wrote a lot. The publishing process is slow and real hit-and-miss. You need to write a lot to 1) succeed, and 2) keep your sanity. Lastly, I tried to have a good time doing it. Somebody in Hollywood once said, “If you’re writing a spec script and you’re not having fun, something’s wrong.” What they meant was: If you’re writing a project for you (rather than working on an assigned project for money), you better be having fun doing it. Otherwise, what’s the point?
WOTW: Describe your book and where the idea came from.

Chuck: How to Survive a Garden Gnome Attack is the first and only survival guide against these little malicious garden dwellers. While gnomes pose as merry creatures of the earth, I believe they are actually little murderers that kill for sport. (I had many FBI files to prove this but they have all disappeared. Methinks the gnomes took them.) The book is a quick read and includes lots of color photographs of garden gnome shenanigans in action. It’s a good gift for that relative who loves to garden.

The idea for the book first came when thinking about The Full Monty (the 1997 movie). There is a scene with a garden gnome in there, and I started getting the heebie-jeebies during that scene because gnomes creep me out. Then it hit me that if garden gnomes creeped me out, certainly they creep other people, as well. I started writing some jokes and knew within an hour that there was a book there.
WOTW: How did you develop your pitch for Garden Gnomes?

Chuck: I took a ridiculous subject (safety prevention against garden gnomes) and then treated it with absolute seriousness and a dash of college professor vernacular. Luckily for me, I was able to easily show my agent/editor that readers enjoyed survival parody books (zombies, vampires, robots, etc.) and they also enjoyed garden gnome books—so putting them together would be an explosion of awesomeness.
WOTW: A regular feature on your blog has published authors listing seven things they've learned so far. As a writer yourself, name a couple of items that would make your list of things you've learned so far.

Chuck: I’ve already mentioned some in this speech—including the fact that we have to keep writing and not put all our eggs in one basket. Another one is to seek out new markets, including new agents. That’s about all I can say because I actually talk about my “7 Things” when speaking to writers conference audiences live. It’s a big speech I save for live audiences only as something special to give to them at events. I can’t put everything on the blog or else no one would come out to events! (If you want to see where I will be in 2010-2011 see HERE.)
WOTW: What's next for you?

Chuck: 1) Brainstorming more humor book ideas. 2) Deciding whether to rewrite kids novel #1 or move on to brand-new numero dos. 3) I’m writing two screenplays with a buddy and we’re excited about those projects, though we have no idea if they are going somewhere or not. 4) And of course, begin the next cycle of Guide to Literary Agents as well as Children’s Writer’s & Illustrator’s Market (the 2012 edition's due out next summer).
PEG: Many writers have quirks—rituals to find their zone, places to write, and so on. What's a writer quirk most people probably don't know about you?

Chuck: I typically listen to one song over and over again when writing a project. If I can find one song that gets the brain synapses firing, I have no problem listening to it over and over—even for weeks at a time if that’s what it takes. I will tell you that, for the last two large projects I wrote, the two songs that I listened to were “Heroes of Our Time” by Dragonforce, and “Walking in Memphis” by Marc Cohn. Don’t try to make sense of it all—you can’t. It’s just a quirk. Besides that, I am most creative very late at night.
Thanks, Chuck! Best of luck with your book!
Posted by Annette Lyon at 9:18 AM

Great interview, Annette! Fun to see Chuck on the other end of the interview. I enjoy his blog and he is very nice to writers. Not so nice to garden gnomes, though.

I wonder if garden gnomes are in cahoots with plastic pink lawn flamingos.

Thanks for posting the interview. I also listen to one song a lot, or a very short play list. It's worked for 2 books now. I think I need to update for the next. Maybe I'm not so weird if Chuck does that too!

I even asked the song artist if I could use the song in a book trailer. I was completely ignored, of course.

Kudos, Annette! This is a great interview. :)

Thanks for sharing this. I'm glad to have "met" Chuck and his blog. Our neighbor has garden gnomes and I think they come and steal my flowers 'cause my kids said they didn't pick them. :)