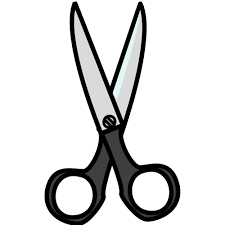 The fifth lesson in revision as per Jordan Rosenfeld's article, Revision for the Faint of Heart, is to purge those non-necessities. The steps leading to this place have gotten you very familiar with your weaknesses, have allowed you to look at your manuscript as a whole and not it's time to, as Stephen King says, "Kill your darlings, even when it breaks your egocentric little scribbler's heard, kill your darlings."

Darlings are not characters--though they could be--but in my mind I picture a dour old woman of eccentric means petting a horrible dog in her lap that bites everyone but her. And as you pull your hand back from yet another attempt to get into the monster's good graces, she pets it again and says in a tone lighter and kinder than she ever uses in addressing another human "Oh, darling , are you alright?" And you know in an instant she's not talking about you or your punctured flesh, she's asking if somehow her precious canine has hurt itself in it's attack upon you. Do not be that woman! Do not cherish a flea-infested nightmare simply because you've grown attached to it. Consider the other people that will come across it and how they will feel when they're walking into the ER for their rabies shot.

Here are some examples:
*Adverbs, similes, cliches--or in other words, lazy words. Rather than using 'sadly' show us a drooping shoulder, a stifled tear, a quick turning away in dispair. Rather than using cliches like "a turtle coming out of it's shell" show her pulling herself to her full height and breaking into a smile that draws attention from every person in that room because they've never seen her with so much confidence. This goes along with showing rather than telling, and it doesn't work in every instance and ever scene, but look for those times they can be fixed, lazy words replaced with energetic ones

*Overt explanations and back story. I call this spoonfeeding, where you are just scooping up information and plopping it on their tongue. It sounds like "You see, when she was a child everyone thought she was fat and ugly, and now as an adult she can't see herself as anything different." You could tell that in such a different way and give it life-- "Even though she knew she was no longer that awkward child, with more size than shape, and even though she knew that at times she had been beautiful, all she could think about was that she was only one donut, one chocolate shake, one raspberry torte away from being that child again--the girl who got stuck on the jungle gym, the one that could never keep up and finally stopped trying, hiding in the bushes at recess to escape the taunts of her thiner counterparts." Though I recommend you don't do it one horribly run on sentence as I did, I hope you get the point :-)

*Scenes unnecessary to the plot. I call these 'author moments' when you get toward the end of a scene and think "The only reason this is here is because the author wants it here" and I believe we all have those scenes. Ones that for one reason or another speak to us, but don't speak to the story. If you can rewrite it and work in a plot point, go for it, but if there is no way around it accept that it's a pause button and junk it.
-Remember that too much emotion can spoil a great scene. Even if you tend to be on the melodramatic side of life, ask yourself if it's reasonable. When I edit other peoples work I'll underline these sentences and write "Too Much" or "Really?" to draw the authors attention to the fact that I'm not buying it. Keep it real.

*Verbal diarrhea--when your characters are just talking too dang much. We've all read this, and we've likely all been annoyed with it--it's one of the reasons, in my opionin, that books that are made up of a collection of letters are hard to read, nothing happens. I don't mean that the letters, or the dialogue, isn't necessary, but let your characters pause and glance out a window. Let them rub a hand across their forehead or order another drink. Don't let paragraphs of talking go on and on--you'll lose your reader.

This is the point in which you are transitioning from 'what do I want to write' into 'what will other people read' and you have to be very objective about this. It's not easy--I promise you it isn't--but to create your best work you have to keep your reader in mind and realize that some dogs are just plain mean. If it can't be trained, it's best not seen amid polite company.
Posted by Josi at 2:00 AM

YES! Ditto to every little bit. Writers will not only increase their chances of success by doing all of this, but they'll make an editor's job ten times easier.

Once I start noticing adverbs, I can't believe how many "quietly" or "silently" I put in.

Send your editing or writing question to: editor [at] precision editing group [dot] com and we'll blog about it!